Microsoft’s June 9th Patch, including updates KB4560960 and KB4557957, has lead to issues for many printers connected to the updated devices. Admins have noted issues with Brother, Canon, HP, Panasonic, Ricoh, and Toshiba printers after installing the updates. One of the key issues admins are experiencing is having the USB printer port disappear. This effectively means that printing jobs are unable to be carried out. Many are expressing their concerns online and seeking out helpful workarounds like this reddit user: 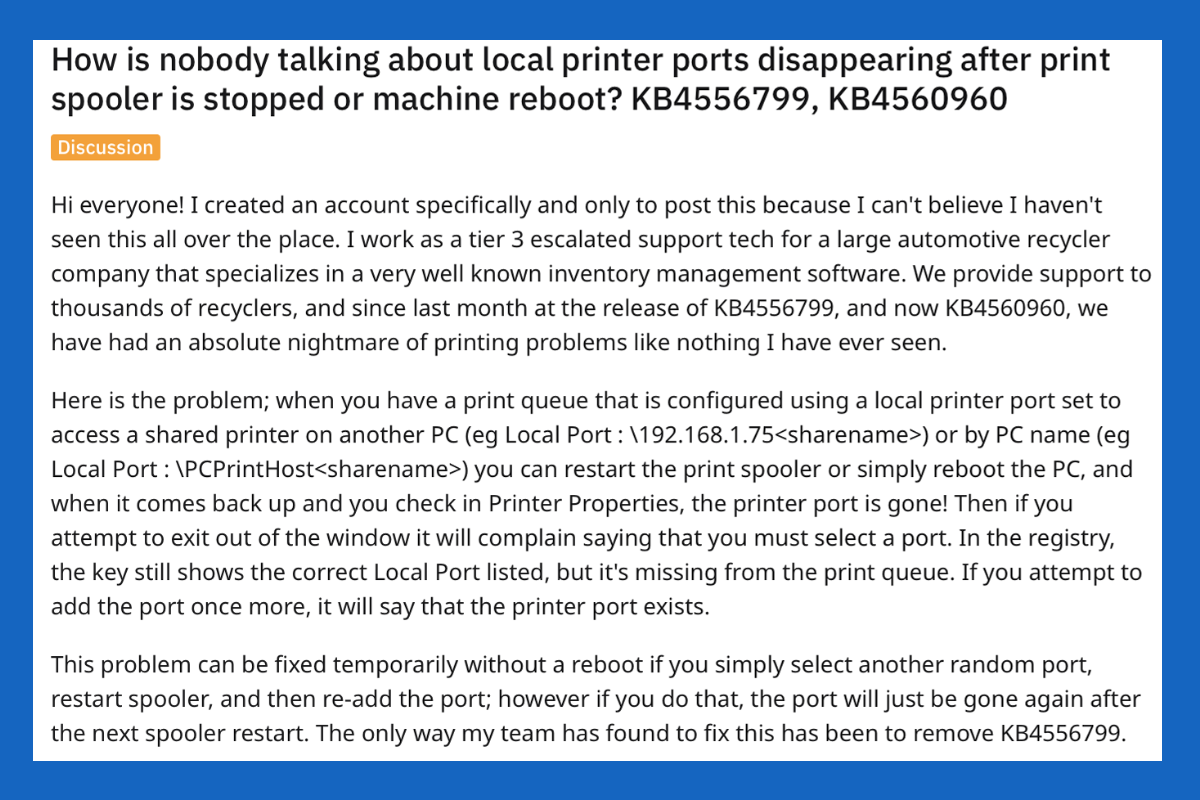 Since releasing their support note, Microsoft has been hard at work on putting together updates to rectify the printing issues caused by their recent update. This week, Microsoft released updates  aimed at fixing the issues plaguing many Windows users. Although the updates appear to be solving the print issues at hand there is still no solution for Windows 8.1 or Windows 10 versions 1507, 1607 or 2004.

Long before the recent update from Microsoft, admins were looking for workarounds to solve their printing woes. Some system admins running Windows 10 reported that rolling back the Windows update allowed them to fix their printing problems. Others claimed to find success by updating their print drivers. Instead of having to cobble together a solution when errors like this pop up why not find a solution admins can count on?

As a  Microsoft Gold Certified Partner, Tricerat solutions are guaranteed to fit your environment. Tricerat's flagship enterprise print management solution was the first ever universal print driver on the market. With over 20 years of experience in printing, Tricerat makes print management simple and reliable for your business, no matter what your needs are.