On October 20th, Tricerat was a Breakthrough Sponsor of the Waterfront Tech Series event held in Downtown Baltimore. The theme of the event was “Smart City 3.0 – Accelerating Baltimore’s Digital Transformation” and guests were treated to a panel discussion about all the ways Baltimore is growing in its digital transformation, and how business owners can be a part of accelerating this shift.

The panel included insight from Baltimore Gas & Electric, Catalyte, The City of Baltimore, and Project Waves. The persistent topic among all panel members was a singe question – how do we close and ultimately eliminate the digital divide in Baltimore? Obviously, this question does not have a simple or singular answer, but each panel member discussed what their respective company is actively doing and planning to do to help close this gap in Baltimore.

The term "digital divide" refers to the gulf between those who have ready access to computers and the internet, and those who do not. There are a number of reasons for this divide, or gap, but two that factor prominently are income and education, which were both major focuses of each panel member.

Catalyte’s mission in and of itself is a major step in closing this divide: “With our talent transformation platform we create higher-performing, more diverse technology workforces. We look beyond pedigree, education or previous experience to ignite the potential of people with an aptitude for software development – people others often overlook.” Simply put, they identify talent within underserved communities and give training, resources, and ultimately, a chance to build a great career in IT that young adults in these communities may not otherwise have.

Similarly, Project Waves takes aim at closing the internet gap. In the past twelve months, they have connected over a thousand Baltimore residents to the internet for free. This is no small feat, and they continue to push this mission further by connecting as many residents as possible to free internet. Something that all panelists agreed on was that in today’s society, the internet is no longer a luxury, but a basic necessity. Project Waves is working to ensure all residents of Baltimore can benefit from this basic necessity. 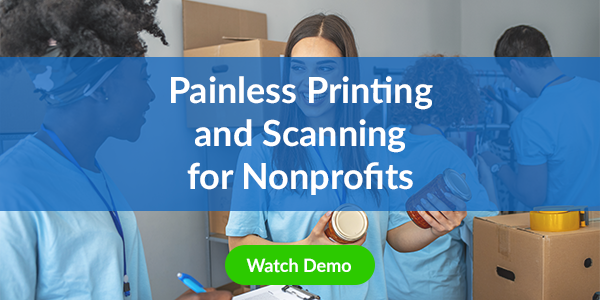 BGE is working to deploy electric vehicle supercharge stations throughout the city, and especially in underserved neighborhoods, in an effort to bolster more electric vehicle ride-sharing, thus lowering emissions in the city.

Overall, it was a great event that highlighted the efforts of several local companies and the city to close the digital divide in Baltimore. As a Baltimore company, Tricerat is also firmly committed to this goal as well as numerous other outreach programs within the city.