Get the Updates from Microsoft On Windows Virtual Desktop 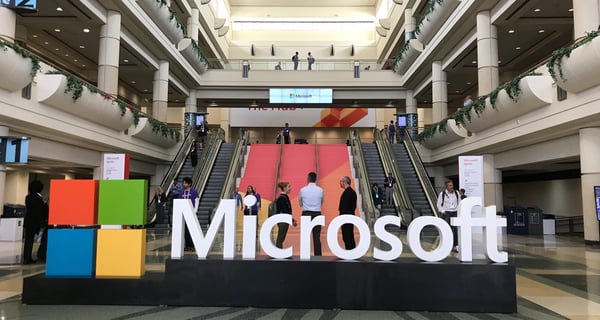 Many of us in the EUC world had Microsoft Ignite 2019 circled on the calendar as the primary launch of Windows Virtual Desktop. Microsoft made the cloud service official in October in a lead-up to Microsoft’s major customer event of the year. The conference did not disappoint, with a sizable array of sessions on WVD including overviews, customer stories, technical deep-dives, and roadmap sneak peeks.

WVD has only been live for about a month and has already seen quick technical progress and industry attention. With the announcements at Ignite, the remote desktop team has shown that they have a lot planned for this service and are taking advantage of the agility of cloud services. Here are some of the things that we found interesting for what’s coming:

Here's a list of other updates and information that was announced at the event:

Scott Manchester showed off some of the new interfaces coming for WVD in Azure. As easy as the service is now, admins still must execute some PowerShell and search for some of the steps involved with setup. Soon, Windows Virtual Desktop will be a primary item within the Azure service and more options will be available through the user interface, such as granting access to new users (and groups!) to WVD.

MSIX adds another piece of the layering puzzle to the native Microsoft offering. Having FSLogix integration enables easy profile movement between desktops, and now MSIX can dynamically add applications to a desktop at runtime. This enables a clean base image that can then be customized to different groups of users without having to create different images for different groups. In the demo with a package over 1 GB, a small amount of delay was noticeable but it was very close to native performance especially once the package is cached and available for re-launch.

Get all the details about MSIX App Attach

Microsoft announced that linux-based thin clients will soon be able to connect to the Windows Virtual Desktop service, significantly increasing deployment options for admins that want to leverage WVD. An on-stage demonstration was presented by IGEL with the SDK soon to be made public for a broader ecosystem of thin client models. Speaking of Linux, Tricerat is preparing to launch a ScrewDrivers Linux Client in the next few months.

Get more info on Tricerat's client for Linux

Microsoft initially made this program to encourage adoption of Windows 10 by pledging that all apps that run on Windows 7 would also run on Windows 10. This program has been extended to WVD, ensuring that apps that run on a Windows 10 physical desktop will also run in a virtual machine with Windows 10 multi-user. This is a big step that shows Microsoft is putting their full effort behind virtual desktops across the company, and willing to do everything they can to ensure that it works.

In addition to these items, Microsoft talked about coming improvements for running Microsoft Teams in WVD, leveraging Azure Files and native domain controllers, enhanced integration with Microsoft 365, partnerships with Citrix and VMware, and more. Throughout this year, there has been a lot of excitement about WVD and the Ignite conference met that anticipation and revealed the vision for what is planned for the service.

Other Helpful Links Provided by Microsoft

At the Ignite 2019 show, various Microsoft sessions and experts provided links to some key information about services, updates, and products. Below are some of the links with descriptions.

Better Print Management for WVD and Beyond

What To Expect From Microsoft Windows Virtual Desktop